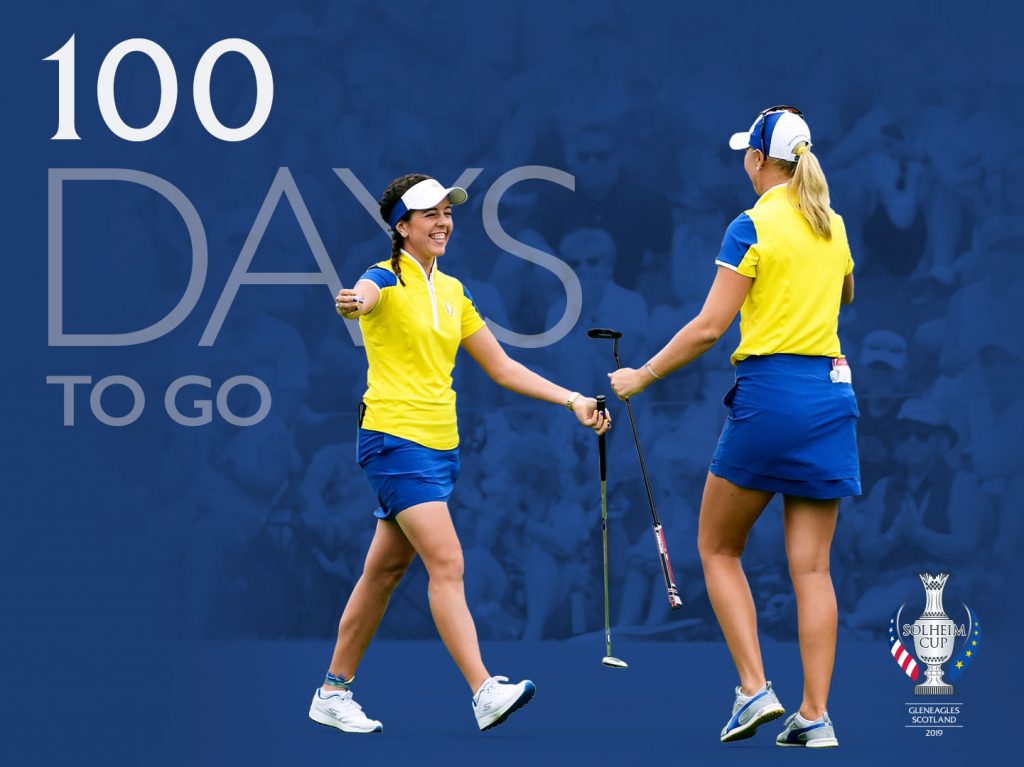 With The Evian Championship, AIG Women’s British Open and Aberdeen Standard Investments Ladies Scottish Open as the final qualifying events for the European Team, the players looking to secure one of the ten qualifying spots will have everything to play for with an exciting summer of golf ahead featuring three more Majors.

The US Solheim Cup Team has one more week to win one of the ten places in their team with their qualification closing with the CP Women’s Open in Canada. Both Captains will be keeping a keen eye on proceedings on both sides of the Atlantic as they consider their two wildcard picks. Currently only one rookie is in a qualifying positon on the European team – Anne Van Dam – while the Korda sisters are the only two rookies currently in qualifying position on the US team after Jessica missed out on the 2017 edition despite qualifying due to injury.

With 100 days to go, notably 150 clubs have signed up to the Scottish Golf Club Ambassador Scheme promoting the event within golf clubs around the country while the ambition of event hosts, VisitScotland, is to see 100,000 spectators over the four days witness the biggest sporting event in Scotland of 2019 at the famous Gleneagles venue.

The Scottish Government’s Sports Minister, Joe FitzPatrick, said: “I’m delighted to see the excitement levels ramping up across the country with just 100 days to go until the opening tee shot is struck at The 2019 Solheim Cup at Gleneagles.

“It’s great to see that 150 clubs the length and breadth of the country have a Solheim Cup ambassador in their ranks in order to promote the event.

“There is no doubt The 2019 Solheim Cup is going to be a memorable sporting occasion and an event that will be enjoyed by sports fans and families alike. I’m really looking forward to seeing tens of thousands of spectators lining the fairways cheering on both Team Europe and Team USA come September.”

The Solheim Cup will be screened to more than 600 million homes worldwide with the match-play format aiming to engage both the traditional golf audience as well as wider sports fans, raising the profile of women’s golf both in Scotland and internationally.

The Scottish Government’s aspiration is that The 2019 Solheim Cup is the biggest ever European edition of the event and the most family-focused golf event in history with around 100,000 spectators expected at Gleneagles. Tickets are priced from just £10 for adults with children under-16 admitted free of charge. For more information visit www.solheimcup2019.com