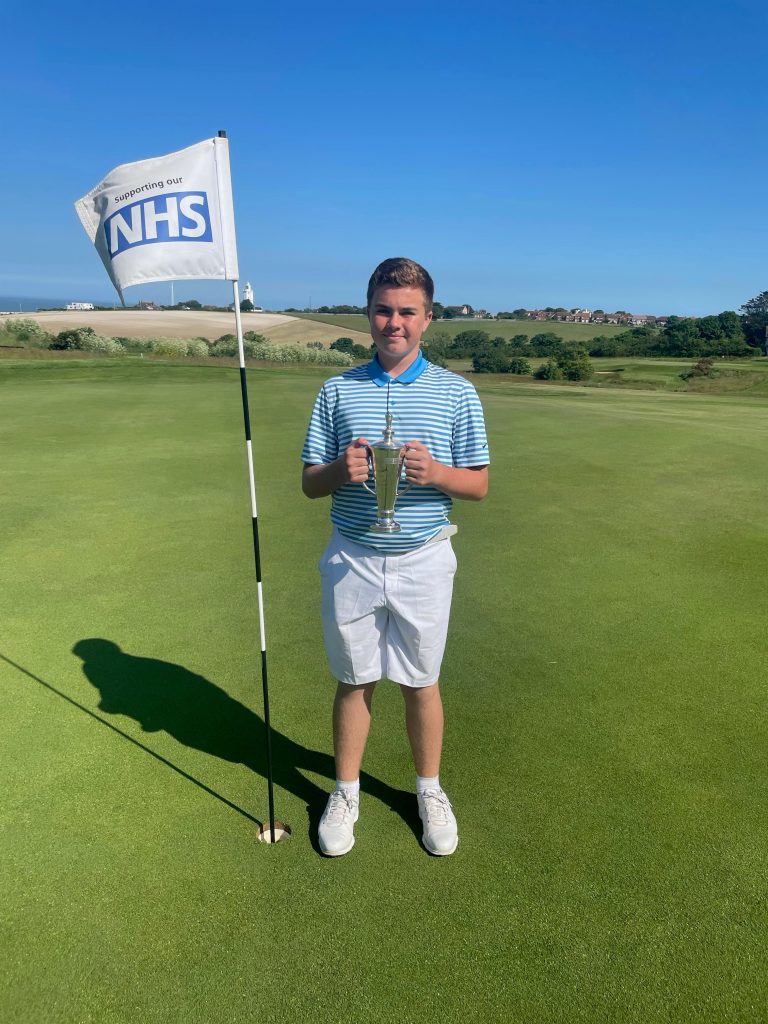 Teenage sensation Jack Swift wrote himself into the North Foreland record books as he stormed to the Club Championship title – at the age of just 13.

Swift, who captains his county at under-14 level, posted solid rounds of 73 and 74 as he relied on accuracy rather than raw power to record a five-over-par winning total as he fended off the challenge from nearest rival Phil Palmer.

The five-stroke success saw the talented youngster become the youngest winner in the club’s history as he beat the previous record set by Max Orrin at the age of 16, who has since gone on to forge a professional career on the European Tour.

Swift, who attends Dane Court Grammar School in Broadstairs, said: “I was ecstatic when I found out I won. Before the competition began, I was confident that I could play well but I knew that others would hit it way past me and if they could avoid the rough then I would have a tough task beating them.

“Our group was last out but we got let through twice, so I did not know how the people behind were doing as I knew they still had a chance. When I shot 74 in the second round, I was just hoping that would be enough but there were some very good players behind me.”

His dad, Dean, said: “At 13, his handicap dictates he plays with older players of similar handicap, so the major disadvantage is distance from the tee. He has been bridging that by working with a strength and conditioning coach and the benefits are clearly paying off.”

There was further success for North Foreland’s next generation as fellow junior, Ben Barr, claimed the nett prize to seal the Tom Brown Trophy with scores of 71 and 70 to further underline the talent coming through at the Kent club.

Chris Dowrick, general manager at North Foreland, said: “We’ve got a thriving junior section at North Foreland but alongside the obvious talent, they work very hard and are constantly on the practice facilities.

“Both Jack and Ben have bright golfing futures ahead of them and we will do everything we can to help them fulfill their huge potential North Foreland.”