The early years of the twentieth century saw the beginning of the Ashton & Lea Golf Club; historically that is, for it all began in 1908 as Ashton Golf Club. The name was obviously taken from the area of Preston where the course was located.
In 1906, the Port Authority of Preston had purchased a large parcel of land from Sir James de Houghton adjoining their dock development site. A councillor R.V. Brocklehurst, representing a group of local gentlemen, entered into an agreement with port Authority to rent the said land for purpose of constructing a golf course and clubhouse.
The Ashton Golf Club ceased its activities at Ashton marsh in 1911 when Preston Corporation requisitioned the land for municipal purposes. The members were determined to carry on and suitable land was found about 3.5 miles from the centre of Preston at Lea in 1912.
The Club took a new title of Ashton & Lea Golf Club and started as a 9 hole course, in 1913 the course was first registered on 14th Feb, and in 1914 it was extended to 18 holes. The war clouds were gathering and with the outbreak of hostilities, the club allowed parts of the course to be turned over to food production, the course again returned to nine holes.
In 1920 the priority was a new club house, this was built of wooden construction, and two years later they returned to 18 hole course. Things never run smoothly for long and disaster struck in 1927 a fire destroyed the Club House.
A new club house was built of brick and opened in 1928 adjacent to Blackpool Road a truly attractive building and still occupying the site today, though somewhat altered, the home of B.N.F.L. complex of sport facilities.
The start of World War 2 in 1939 the course had to be reduced to 9 holes for food production. When the War was over, the U.K. Atomic Energy Authority had built a large works complex and was seeking land. The club gave up their Club House and 2 fairways to provide housing estate and sports facilities.
Virtually starting from scratch once again after the War, the Ashton & Lea Golf Club moved across the brook, past Tudors Farm and established a wooden building on the site of present club house.
The present club house was built in 1993/4 and some of the wooden structure is still to be seen to this day.

The Par 71 course measures 6359 yards from the white tees, 6112 from the yellow’s tees and 5508 from the ladies tees. Ashton & Lea is a fairly flat course and provides a fair test of golf for players of all abilities, but it is a course that requires the player to think and plot their way round.

The course features three tricky par-3’s, most notably the 6th, where out of bounds awaits any errant tee shots leaked to the right. Water plays its part at Ashton & Lea, as seven holes on the back nine are affected by it. Another of the outstanding holes is the short par-4 13th – on the tee the player is faced with either attempting to fly the water that lurks around 210 yards from the tee or play safe and lay-up short leaving a longer second. The approach shot is played downhill to a bowl-shaped green; a par here is readily accepted. 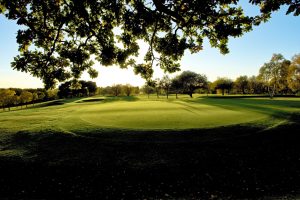 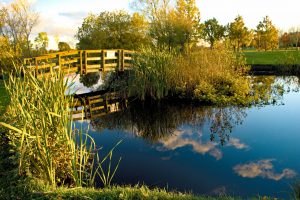 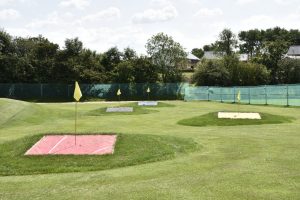 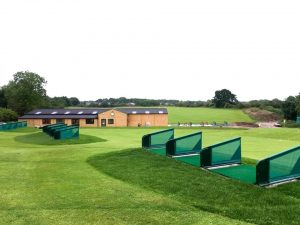 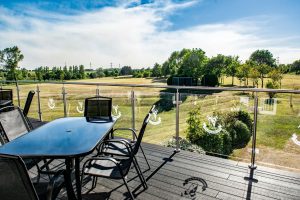 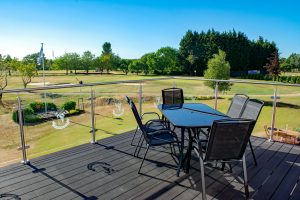 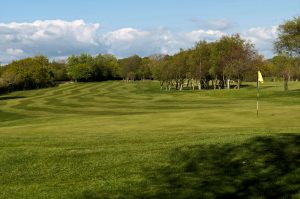 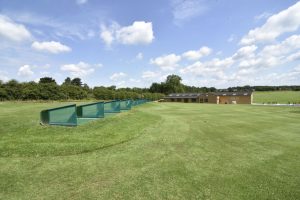 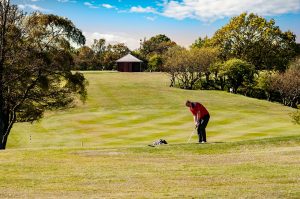 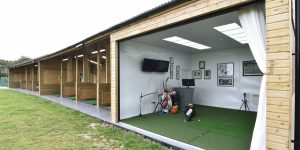