Few places can rival the spectacular setting of Bull Bay Golf Club, an 18 hole championship course. Laid out above the rugged coastline on the beautiful holiday island of Anglesey, every tee commands panoramic views over the Isle of Anglesey to the mountains of Snowdonia, or over the Irish Sea to the Isle of Man, or even to the distant hills of the Lake District. This Herbert Fowler designed course climbs and falls, twists and turns, through valleys and onto plateaus, between rocky outcrops and areas of gorse - a spectacular setting for a memorable game of golf. The nature of the land and the mild climate offers around-the-year golf whilst the modern Clubhouse  has superb facilities. We guarantee every visitor a very warm welcome and excellent value for money.

The club motto is “Her Deg ar Hen Dir” meaning a fair challenge on ancient land, and with a blend of traditional and modern, lush fairways and superb greens, visitors to Bull Bay are assured of an experience to remember.

Less than 2hours drive from Liverpool & Manchester & the Midlands, and with excellent ferry connections to Ireland, - why not visit a “genuine hidden gem of a course well worth seeking out as much for its setting as its challenge”

The course was designed by W Herbert Fowler, one of the most renowned golf architects of the “Golden Era” immediately prior to the First World War when many of the world’s great golf courses were built. By this time Fowler had already become recognised as a great golf architect for his work on many of the best courses in Britain. One such course was laid out on land that was part of the Beau Desert (beautiful wilderness) estate in Staffordshire owned by Charles Henry Alexander Paget the Marquis of Anglesey. At the time both Fowler and the Marquis of Anglesey were members at Walton Heath Golf Club in England, probably one of Fowler’s most famous creations, as was David Lloyd George the then Chancellor of the Exchequer and future Prime Minister who was also a keen golfer. Lloyd George was probably instrumental in introducing Fowler to his native North Wales and persuading the Marquis to commission Fowler to create his only course in Wales

William Herbert Fowler was a larger than life character in more ways than one. Standing at 6 foot 3 inches and weighing in excess of 15 stone he had a reputation as a mighty hitter of the golf ball.

Born in London the son of a barrister, he was the product of the wealthy and enlightened society of the late Victorian period. Trained in law his first love was cricket and he distinguished himself by playing for Essex, Somerset and the MCC as a contemporary of W G Grace. He first played golf at the age of 23 when he went to Bideford in Devon and on borrowing a set of clubs he took up the game and became a member. He became a member of the R & A in 1894 and in 1902 was elected to the greens committee. Up until this time golf course design had been mainly in the hands of a few well known professional golfers such as Willie Park and Tom Morris. Although only an amateur both as a player and as an architect, Fowler was amongst the first of the visionary golf course designers. One of his first works was the world famous Walton Heath course where he remained as a member until his death, alongside other members such as the Marquis of Anglesey and David Lloyd George. His reputation enhanced by his work at Walton Heath, he went on to design and build many other famous courses such as the Red and Blue courses at the Berkshire, Cruden Bay, West Surrey, Delamere Forest and Saunton.

It is said that Fowler designed his courses with big hitters like himself in mind. He strongly refuted this, stating that his prime concern when designing courses was fairness to all with a premium on straightness and accuracy rather than length. Fowler felt that only side hazards were essential during course construction, hence the present grass bunker on Bull Bay’s present 17th hole ( the 8th on the original nine hole design). He was of the opinion that bunkers should be situated at the sides of greens as he believed that players sliced or hooked more often than they topped a ball.

Fowler’s design at Bull Bay was probably influenced by his previous work at Walton Heath. He was able to use all the natural contours of the land without resorting to artificial hazards to shape the course’s defences and thus was able to create a course which has stood the test of time and is as fair and challenging today as it was nearly over one hundred years ago. 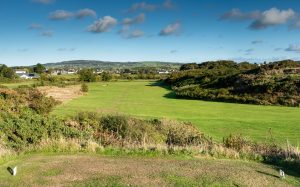 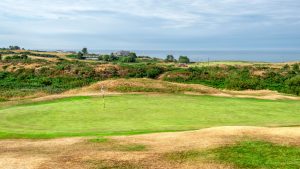 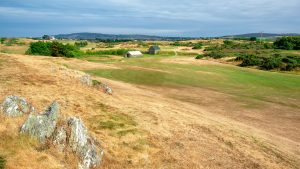 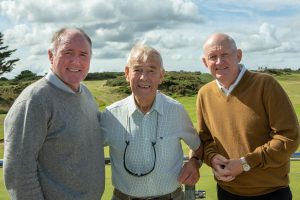 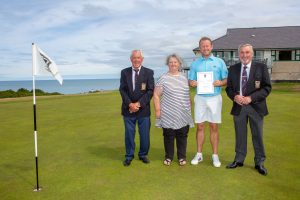 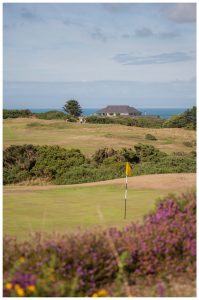 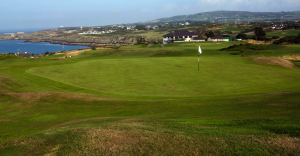 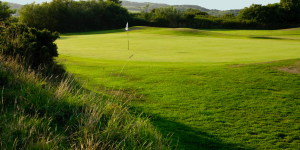 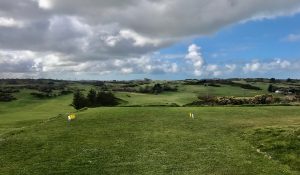 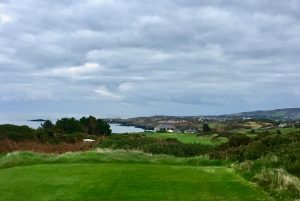 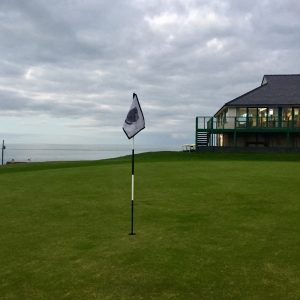 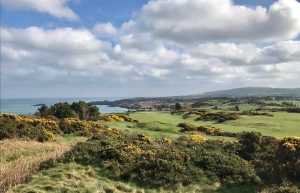 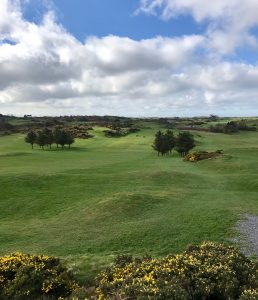 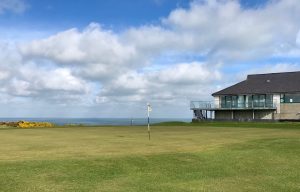 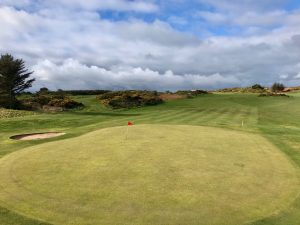 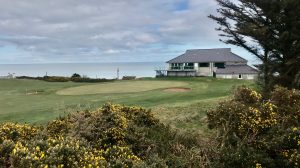