This fine links course runs parallel to the Irish Sea on the west coast of Walney Island, which is joined to the mainland at Barrow-in-Furness by the Jubilee Bridge. From the majestic peaks of the Lakeland hills to the sparkling waters of Morecambe Bay, panoramic views greet the eye on every tee.

Founded in 1872 by migrant Scottish workers from Dundee, as a 6-hole course on Biggar Bank the course was later extended to a 9-hole and then developed into a 18-hole course. The first clubhouse was an old deck cabin, from one of the old Clan liners, which was placed at Sandy Gap Lane. The erection of the bridge across Walney Channel in 1908, replacing the ferry, added to the attraction of the club for an ever-widening public and plans for a new Clubhouse were put in hand.

Building was about to commence when the 1914-18 war broke out and the fate of building a new home hung in the balance. It was decided, after careful consideration, to hasten the completion and the new building was opened on the 8th January 1916 by Harry Vardon, the then Open Champion. Harry Vardon played two exhibition games partnered by a well-known amateur, Alan Lincoln. In the morning foursomes against two locals players, J Grant & H Leslie, Harry Vardon and his partner lost 4 & 3 in an 18 hole match. In the afternoon Vardon & Lincoln won the second match by 6 and 4 to level the matches.

From the majestic peaks of the Lakeland hills to the sparkling waters of Morecambe Bay panoramic views greet the eye on every tee. On a clear day you can see the Isle of Man on the sea’s horizon. But the weather can be capricious. Play two rounds on Furness and, with the vagaries of the prevailing west wind, by the end of the day you may believe you have played two different courses.

Whether the hills are wearing a covering of white on a clear frosty day or the summer heat haze dazzles on the water, playing Furness "Old Links" Golf Club always creates an unforgettable memory. On the westernmost of the Cumbrian peninsulas your Furness experience awaits. 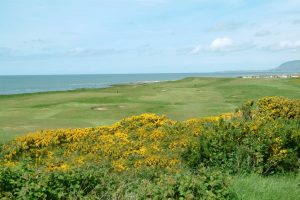 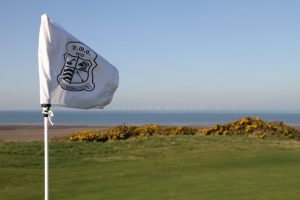