Founded in 1877, Haydock Park Golf Club is a well-established golf course situated near Haydock Park Racecourse. It is a mature parkland course of just over 6,000 yards. The course was designed by the famous golf course architect James Braid.

Haydock Park is one of the North West's premier golf clubs; it's tree-lined fairways and well bunkered greens make scoring well a real challenge, for both high and low handicappers. We welome visitors every day during the week except Tuesdays (Ladies Competition Day) and weekends.

Haydock Park Golf Club is the 3rd oldest Club in Lancashire. The Club was founded on the 5th January 1877; at this time there were less than 10 Golf Clubs in existence in the whole of England. The Club was also involved in the meeting organised by the Lancashire Golf Union, which led to the forming of the English Golf Union.

Originally the course was situated on the other side of Rob Lane, bounded on the east by Dean Dam, on the north by Fox Covert, on the west by Haydock Park Farm and on the south by Ellams Brook.

An entry in 'The Victorian History of the counties of England' gives the following description:-

'The course of the Haydock Park Golf Club adjoins the well known racecourse at Dean Dam Moor, Newton-le-Willows. The Club was founded in January 1877 by Dr Lister, Dr Watkins and the Rev. H. Siddall and others; its original links of nine holes have never been extended to the regulation eighteen. The links are charmingly situated in a wooded district and the pastureland on which they are laid out is slightly undulating'.

In December 1921 the question of renting Golborne Park, ( the present location ) as a Golf Course was discussed and within 7 months the first Captain of the new eighteen-hole course ( Mr Fred Green ) was driving himself into office. The local press reported enthusiastically and extensively about the new venue.

This was the time that Haydock Park Golf Club became a Limited Liability Company with all full members becoming shareholders. The cost per member in the first year was a staggering four guineas.

Haydock is proud to have had as the professional in the 1930's Mr Bill Shankland, one of the most versatile sportsmen that even Australia has produced. Bill represented his country in Rugby League, Rugby Union, Swimming and Boxing.

On the golfing scene he recorded a gross score of 62 at Haydock when the course was 5,480 yards with a par of 72.In 1939 he was only one shot behind, going into the last round of the British Open at St Andrews, eventually finishing third; four strokes behind the winner.

It may be because of Bill Shankland that some other sporting celebrities visited Haydock in the thirties; Don Bradman, the cricketer and Peter Kane, the World Flyweight Boxing Champion, to name but two. No credit whatsoever can be given to Bill for one very famous Irishman to be housed in the stables one dark and stormy night. His name was Tipperary Tim; the following day he went out and won the Grand National at 100/1.

Haydock Park Golf Course is a well manicured, challenging but fair golf course. Golfers will be tested by the small well-protected greens and narrow, shaped fairways.

The Club is an excellent friendly venue for a day's golf offering superb catering and clubhouse decor. Being very convenient to the M6/A580 junction, the Club is readily accessible from all directions.

We wish all visitors a pleasant and enjoyable day. 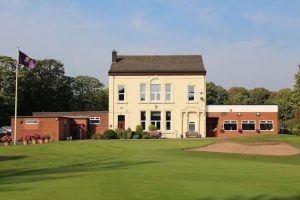 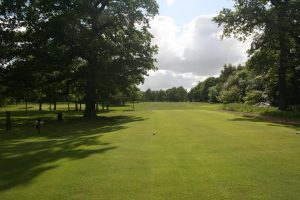 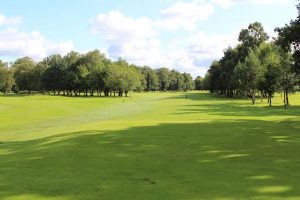 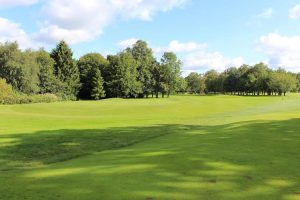