Founded in 1892, Headingley is the oldest golf club in Leeds and is set on the edge of the beautiful suburb of Adel, 15 minutes from the city centre. The course was laid out and shaped in the early 20th century by a number of world-renowned architects including Dr Alister MacKenzie and Harry S. Colt. In a rural setting, the course enjoys many wonderful views and an array of memorable holes that make full use of the varied and dramatic terrain.

After your round relax in the clubhouse which boasts three bar areas but perhaps more importantly, a warm and friendly atmosphere. The 5 star reviews on TripAdvisor say it all. Although the course is presented in a traditional style it has also been improved to meet modern standards and therefore will appeal to purists and modern golfers alike. Headingley has a wonderful friendly reputation and you can be assured of a warm welcome.

On a wet and windy October day, eight years before the beginning of the 20th Century the first Headingley members put club to ball on a nine-hole course in Spen Lane, on the Beckett estate – now Beckett’s Park.

That makes Headingley the oldest club in the city of Leeds. It was one of only 14 Yorkshire clubs to figure in the official Golf Club Directory of 1892.

On that first day October 29th, 1892, the correspondent for the “Leeds and Yorkshire Mercury” reported that despite the foul weather, high wind and rain “so numerous did the devotees of the game appear to be in Leeds and District that in view of Saturday’s success one can only explain the absence of a Leeds club in the past by the difficulty commonly experienced of obtaining the required amount of space in the neighbourhood of large town to play the game in anything like its true and primitive character”.

The need to expand from nine to eighteen holes proved difficult on the Beckett Estate site so in 1905 the first steps towards a move to the present site were taken at the club’s annual general meeting. The name was changed to Headingley Golf Club Ltd., and the founding fathers, three woollen manufacturers, a clothier; a tramways manager, a solicitor and a merchant began the process that brought the club to Adel.

So, fourteen years after its foundation the club moved in February 1906 to its present home, alongside the 12th century Adel Church, one of the finest examples of Norman architecture in the country today. A good deal of the land was leased from the Church of England. The pleasant rural setting belies the fact that the busy city centre is just a few miles away.

The course contained a wealth of natural features and eye-catching views. It was developed on land where the Romans had a settlement in the early fifth century between their camps at Ilkley and Tadcaster. In 1969, during course alterations, it was confirmed that a Roman road runs through the course and crosses the 3rd, 12th, 14th and 15th fairways.

The world famous Dr Alister Mackenzie was retained in 1913 at a cost of £50 to remodel various parts of the course and Harry S. Colt, of Royal Portrush and Sunningdale fame was called in to create new bunkers.

Headingley quickly gained a reputation as one of the premier golf clubs in Yorkshire and its stature grew so rapidly that many of the worlds golfing greats, including Harry Vardon, James Braid and Henry Cotton competed here in professional events. Henry Cotton was so impressed by the par 3 seventeenth hole that he described it as one of the best short holes he had ever played.

Then in 1923 the course staged what was billed as the unofficial ‘Championship of the World’ between American superstars Walter Hagen and Gene Sarazen. Hagen triumphed, but lost in the final by a two-hole margin to Ryder Cup star Bert Jolly.
Over the years the course and facilities have been improved to meet more modern standards. The land rented from the Church has been bought to make the future more secure. 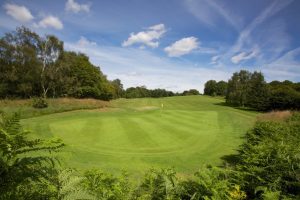 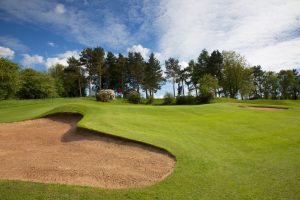 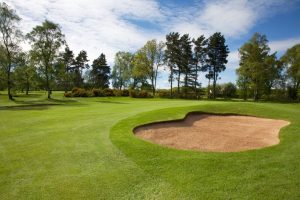