Hill Valley opened its doors on the 29th June 1975, designed by ex Ryder cup players Peter Allis and Dave Thomas and founded by Albert Minshall.  Albert chose the name Hill Valley because the land is set on a hill interlaced with valleys. Magnificent views stretch over the Cheshire plain to the foot hills of the Welsh mountains and six counties in all including The Wrekin, Church Stretton and beyond. Known for its undulated tree lined fairways, Hill Valleys Emerald Course measuring 6693 yards of the back tees is regarded as the premier golf course in Shropshire and consistently appears in the top 100 golf courses in Great Britain.

Hill Valley has produced a number of top golfer that include Jonathan Lomas and Michael Welch ex -European Tour Players. Ian Woosnam spent many of his early years working on the course planting some of the 40,000 trees that line the fairways. It has held many Professional tournaments seeing the likes of Nick Faldo and Sandy Lyle grace its fairways.

In August 2019 the Emerald course will be hosting the PGA EuroPro tournament that will be featured on Sky TV.
Macdonald Hill Valley also has the Sapphire Course. Measuring 4,765 of the back tees it may not be as long as its sister course but don't be fooled by its length. The narrow fairways and small greens makes it a real test. 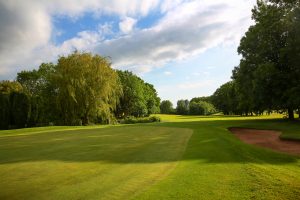 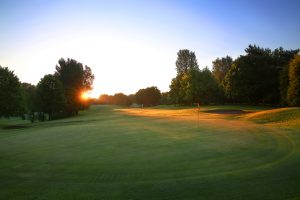 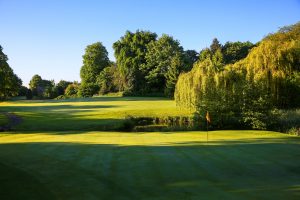