North Wales Golf Club is a true Championship Links course situated in the sunny seaside town of Llandudno with excellent views over the Conwy estuary to Anglesey and the Snowdonia Mountain range.

We are sure you will find the course invigorating and challenging offering an enjoyable experience for all levels of player.

Llandudno --"the Queen of the Welsh resorts"--has two popular beaches appropriately named the North and West Shores. The golfer who wants to enjoy his or her golf could do no better than come to play the North Wales Golf Course. The visitor will find the North Wales Club a true links course situated on the Penmorfa Beach popularly known as the West Shore.

The course is of Championship standard hosting the Welsh Team Championships in 1995. It is not only a trial of ability but allows the golfer to relax and enjoy the exhilarating air and the magnificent scenery of the North Wales coast. As the course runs along the coast there is an ever changing vista. On the outward holes can be seen the Vardre where many a battle was fought before and during the erection of Conwy Castle in the 12th Century. Then the Eryri -- Snowdownia mountains loom over Conwy. Then across the sea to Ynys Mon -- the island of Anglesey and Puffin island. Sweeping further right and visible at the turn towards home is the Great Orme. For the golfer who comes to Llandudno to play golf, few other places could surpass this for relaxation and enjoyment while playing golf.

The course was founded in 1894 by Tancred D Cummins, from Bowden in Cheshire, who was a prominent Manchester cotton businessman. He first saw the land at Christmas in 1893. At that time it was composed of sand hills and valleys running West to East formed by the prevailing Westerly winds, which still blow, as many a golfer has found to his cost. In the summer of 1894 Mr Cummins watched the Amateur Championships held at Hoylake where Mr John Ball the first Englishman to win The Open in 1890 defeated Mr More-Ferguson by one hole. Following his triumph Mr Ball visited Llandudno with the founder the following week. John Ball's association with the club is held in high regard by the members and a putter he donated to the Club is still displayed in the Club House and a competition held is his honour annually. John Ball went on to great triumphs being the youngest player ever to win the Open Championship which he did at Prestwick in 1890.

Another member of the Royal Liverpool Golf Club, Mr Harold H Hilton, Open Champion in 1892 and 1897, was an associate of Mr Cummins the founder member. Mr Hilton visited the course and gave valuable advice and suggestions on the layout of the course.

Another connection with the Royal Liverpool Course is found in the Club badge which includes the words "far and sure", which is taken from the Hoylake Club Moto. John Ball won the Amateur Championship on eight occasions and Harold H Hilton was Champion three times. 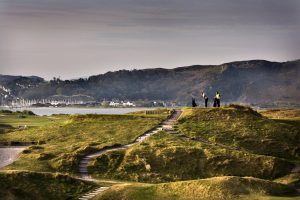 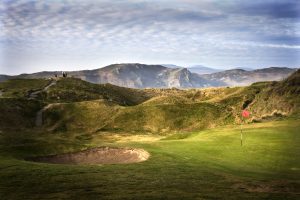 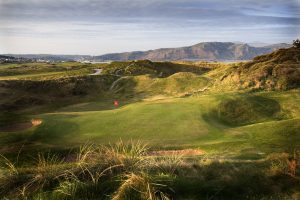 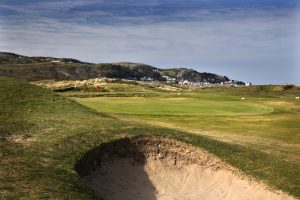 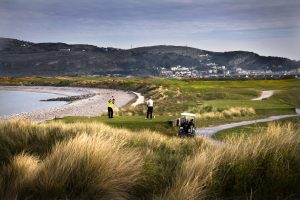 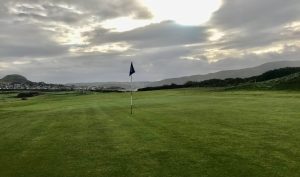 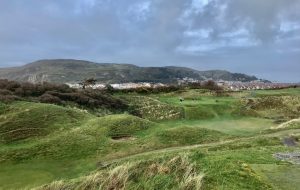 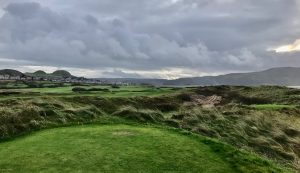 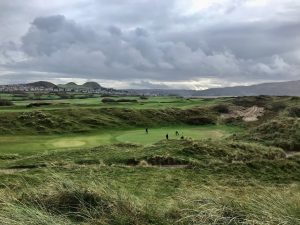 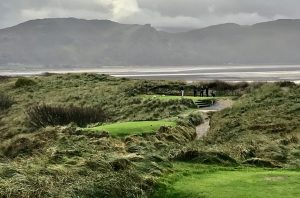 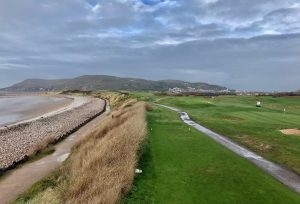