Sandiway Golf Club is one of the highest quality inland courses in the North of England and has hosted numerous International, National and regional championships.It's highly rated par 70 course is set in a mixture of heath and woodland. Its fairways are generous, rolling and lined with mature oak, beech and birch tress, all protecting the compact greens of championship quality. The back ten holes are particularly picturesque and offer unrivalled views of Petty Pool, an old Cheshire mere which forms a stunning backdrop.

Sandiway Golf Club Limited was established in 1920. The very highly-rated 18-hole course is set in mixed heath and woodland and has been developed from the original course designed by Ted Ray, the first Ryder Cup captain.Harry Colt was called to make improvements in 1925. Additional holes, the 2nd, 3rd and 4th, were built in 1955 to the design of Fred Hawtree following the loss of the original 2nd and 3rd when the adjacent A556 was widened. From the white tees and at par 70 with standard scratch 72 an enjoyable test of any golfers' ability is ensured whatever his or her handicap.

Beautiful surroundings contribute to the enjoyment of golf. At Sandiway, a player would be very hard pressed not to notice the tender green of the new seasons foliage, the fiery red and gold mosaic of autumn leaves or perhaps the most beautiful of all, the delicate tracery of bare branches against the afterglow of a winters sunset.

Sandiway will be remembered by visitors as a secluded, pleasant spot where one can play friendly golf amid the shelter of the ancient Delamere forest. In such lovely surroundings a round can be a joy even to the most critical of golfers. Sandiway - even the name has a delightful fascinating ring and it is a course that certainly delights and fascinates as anyone who has paid a visit will tell you. 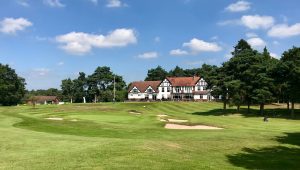 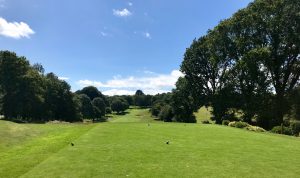 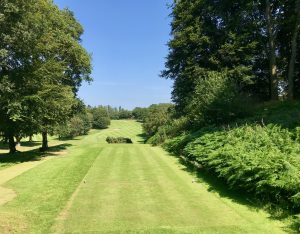 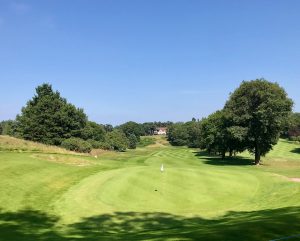 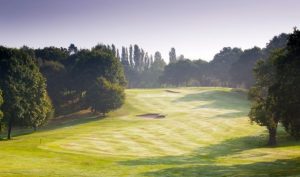 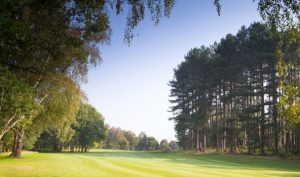 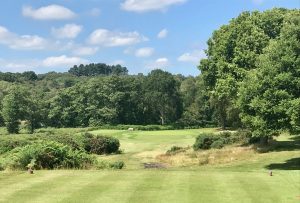 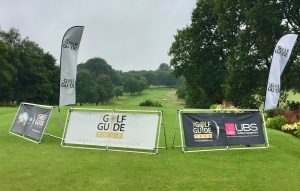