Welcome to Silloth On Solway Golf Club, the best golf course to play in Britain and Ireland for under £100

Since David Grant laid Silloth golf course out in 1892 over the linksland west of the docks it has been a key tourist attraction. Over the years the course has evolved, with contributions from two great classic designers Dr Alister MacKenzie and Willie Park Junior.  A number of blind holes still remain, architecturally-incorrect in the modern era, but a source of uncertainty, surprise and occasional delight to successive generations of members and visitors. Some of the original sandy wastes remain as heroic hazards, but the course is mostly clad in mature dune flora that is ideal for presenting the great challenge of links golf. Three holes are typical. The elevated tee on the par 3 Ninth looks down on a small island green with a steep fall to the right, protected to the front and side by an array of deep bunkers that demand an accurate shot from anything between a wedge and three iron, depending on the wind.

Silloth’s signature hole is the par 5 Thirteenth, with a drive over gorse to a deceptively wide fairway. A tight second through a narrow gully, into the prevailing wind, must negotiate an angled slope that deflects all but the most accurate of approaches to an elevated green at the top of a ridge. The final hole requires an accurate drive on to an angled fairway, usually with the help of the prevailing wind, before a long approach in to the final green under the critical gaze of those safely ensconced in the Nineteenth Hole. The player can then enjoy the comforts of the busy and atmospheric clubhouse: a meal made with local produce and above all, a warm Cumbrian welcome.

The fairways are covered in the springiest of Cumbrian turf, inviting crisp iron shots and courageous woods.  The undulating fairways meander through the dunes offering a true test of links golf to those who visit    Much praise has been bestowed on this golf course located in Silloth, Wigton, Cumbria. Writing about his first visit to the course in 1925, the great golf writer Bernard Darwin wrote: “I never more violently fell in love with a course at first sight.” 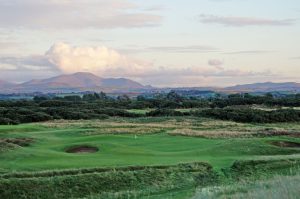 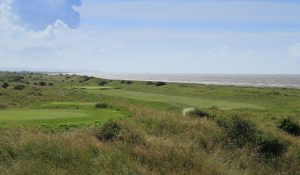 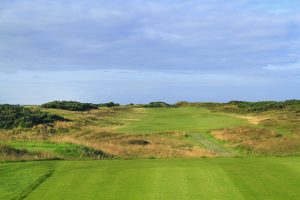