Designed in 1913 by John Frederick Abercromby (Aber) – who has been accredited as being ‘one of the outstanding architects in all golf’ - The Addington is accredited as being one of the best inland courses in the UK.
As you walk through mature pines and birch trees, it’s hard to imagine that you are just 13 miles (30 minutes) from the centre of London. But The Addington offers dramatic glimpses of the City from hilltop tees such as the 14th, where The Shard, Canary Wharf and The Gherkin, provide a rich contrast to the mature heathland setting.
Born from the Addington Golf Syndicate incorporated with a share capital of just £1000, development of the first ‘Old Course’ at The Addington was met with much controversy and opposition, all of which Aber ignored to achieve his vision.
It was a good decision; the Old Course proved to be so popular that a second ‘New Course’ was opened just across the road in October 1923, to enormous interest. This course went on to host major competitions although experts valued both the New and the Old as being nearly equal examples of excellent golf courses.
Steeped in history, The Addington is mentioned in the writings of the famous PG Wodehouse who signs off the preface to his book ‘The Heart of a Goof’: PG Wodehouse, the sixth bunker, Addington and in 1933, Walter J Hagan’s US Ryder Cup team practised on the course in the lead up to the tournament, which they eventually lost.
With no two holes the same, The Addington has a number of signature holes which include the par 4 6th remembered by Wodehouse and the Par 5 16th, noted by the acclaimed golfing writer and former member, Henry Longhurst , amongst his all time great golf holes.
Enjoying its heyday in the 1920s and 30s, the Club was recognised as one of the best of that time and was a favourite of the ‘well heeled’ as well as many professionals and celebrities of the time and can boast King George VI amongst its Patrons!
The jewel in The Altonwood crown, The Addington was acquired from the Board of the Syndicate managed Club in 2006. Since then, the course has benefitted from major on course investment and reinstatement of its original layout; today, golfers will experience a track much as was originally set out by John F Abercromby.
Now ranked 27 in England, in Golf World’s Top 100 courses and 70 in the Top 100 courses UK & Ireland, The Addington is a hidden gem waiting to be discovered and enjoyed, which will excite golfers of all abilities and remain long in the memory. 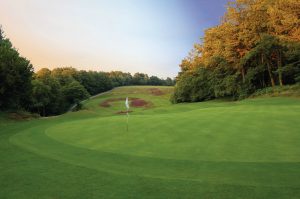 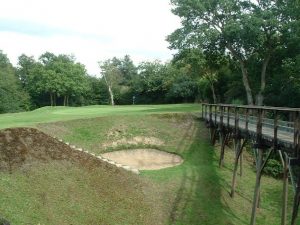 The course was built 26 years ago and was built to host large tournaments, which it did, hosting the Benson…

Surrey National’s course is set within 200 acres of dramatic countryside, offering wonderful views of the…