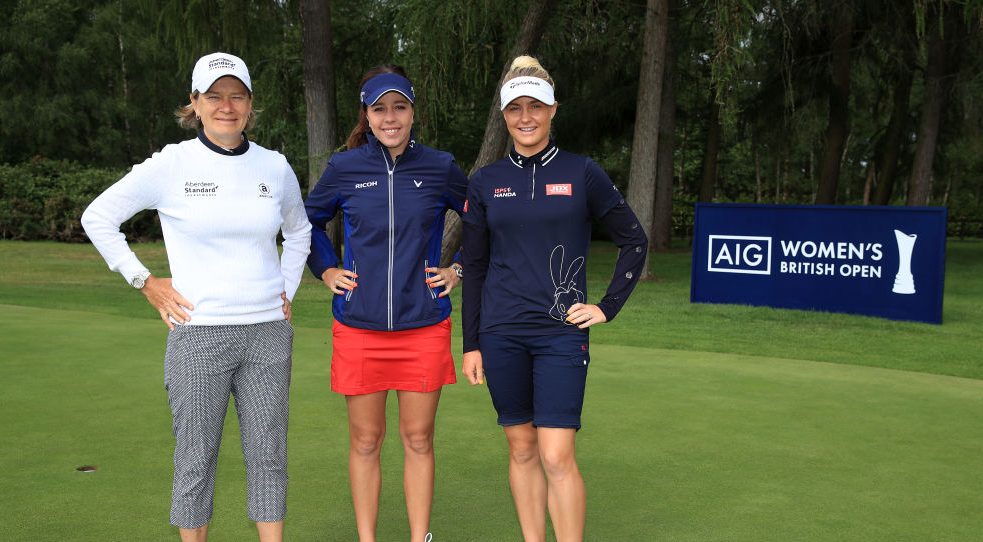 With a new title sponsor AIG at the helm along with co-sponsors Rolex, Ricoh, Ishga, Loch Lomond Whiskies, Calvin Klein and Arnold Clark with several new partners to be announced shortly, interest and support for the Women’s British Open is at an all-time high as the event returns to Woburn for the 11th time.

Johnnie Cole-Hamilton, Executive Director- Championships at The R&A said: “All our preparations for the 2019 Championship are going very well and with just under two months to go, we are on track for what we believe will be one of the best supported and most attended Championships to date.”

“AIG embraces this opportunity to partner with the Women’s British Open, which promotes diversity and puts a spotlight on international women champions. The goals of this Championship reflect AIG’s commitment to diversity and inclusion, particularly in our own organization. Sponsoring the WBO will provide our clients and colleagues with memorable experiences, as well as enhance our relationships with our business and distribution partners,” said Peter Zaffino, Chief Executive Officer, General Insurance and Chief Operating Officer, AIG.

Defending Champion Georgia Hall said: “I am so honoured to be the defending Champion of this amazing tournament. Arriving here today and seeing my image on the advertising boards was so exciting. The course was immaculate and it was great to get an early look. Now I simply can’t wait for August and the chance to defend my title.”

World No.20 Charley Hull, who finished T17th when the Championship was last played at Woburn in 2016, is relishing the chance for a do-over. She said: “I love being able to stay at home for a tournament. It doesn’t happen very often and I have been looking forward to returning to Woburn ever since it was announced. It is so nice to see so many friends and family in the gallery here which is a big change from the events I usually play in America. I felt I could have done so much better last time we played the Marquess’ so I’m really pleased that we haven’t had to wait very long for the Championship to return.”

Catriona Matthew, European Captain of the 2019 Solheim Cup who finished T5 in 2016, said: “This course really suits my eye so I am delighted that we are back at Woburn this year. Obviously, I might struggle a little bit with focus this time round as I will also have my eyes firmly on my European players that week as it’s the second last qualifying event before we announce the team. It is going to be an exciting summer for sure and seeing the likes of Meghan MacLaren playing so well and Bronte Law winning on the LPGA Tour for the first time the other week has definitely been eye-catching as I consider my options for the Captain’s picks.”

With nine of the past 10 Champions in the field, including World No 6 Ariya Jutanugarn who won by three shots at Woburn in 2016, the field for the year’s final Major will be as strong and international as ever.

Following AIG’s recent commitment to a five-year sponsorship through to 2023, excitement is building as the Championship enters a new era. Woburn has hosted the Championship on 10 occasions, the first nine of which were on the Duke’s Course, while the 2016 Ricoh Women’s British Open was played on the Marquess’ Course to great acclaim from the 144-strong field of world-class players.

Forming part of the Woburn Estate, home to the Duke of Bedford, Woburn Golf Club is one of the UK’s premier golf facilities, boasting three world class Championship golf courses and has held many European Tour and Senior Tour events as well as Final Qualifying for The Open.

The Women’s British Open was founded by the LGU in 1976 and is staged in conjunction with IMG, the world’s largest sports marketing company, since 1984. The event has been co-sanctioned by the LPGA and LET since 1994 and gained Major status in 2001. The Championship is now owned by The R&A.

For further information on the Championship, please visit www.AIGwomensbritishopen.com