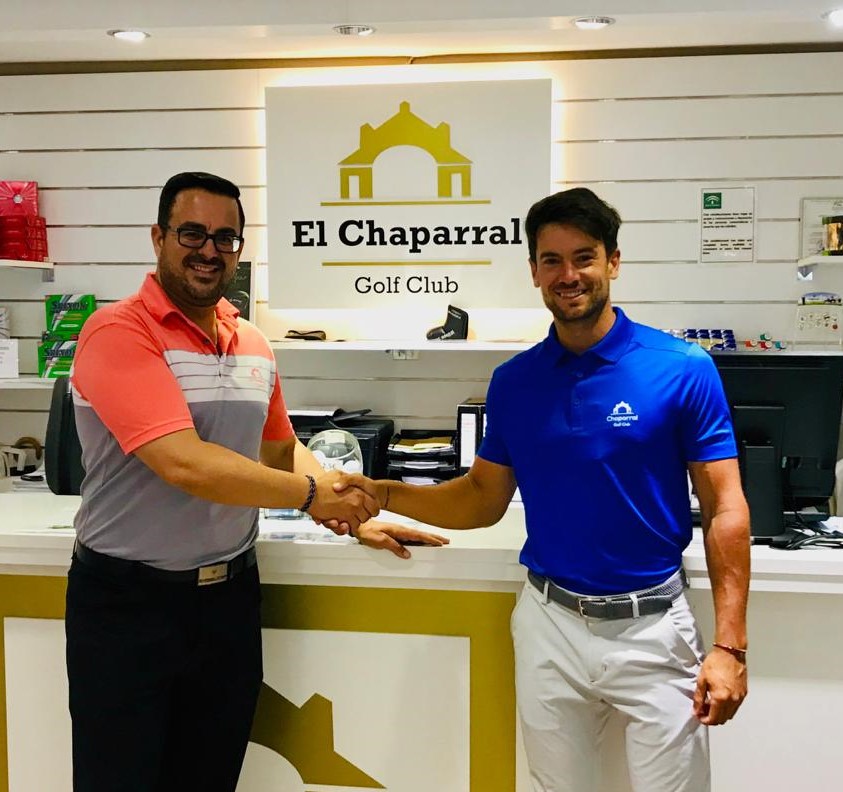 Chaparral Golf Club is pleased to announce the start of a new collaboration and sponsorship with the golf player Manuel Morugán.
Manuel is a player player who, despite his youth, is consolidating in the European circuit and whose projection is extraordinary.
The link with Chaparral has been present throughout his professional career. He´s a regular player in Chaparral, his place for training and meeting with friends and club members.
Manuel Morugán was born in Malaga in 1990 and started practising golf at the age of 15, earning great recognitions during his amateur stage. Manuel’s progression has been growing year after year and some of his recent achievements in 2019 are: