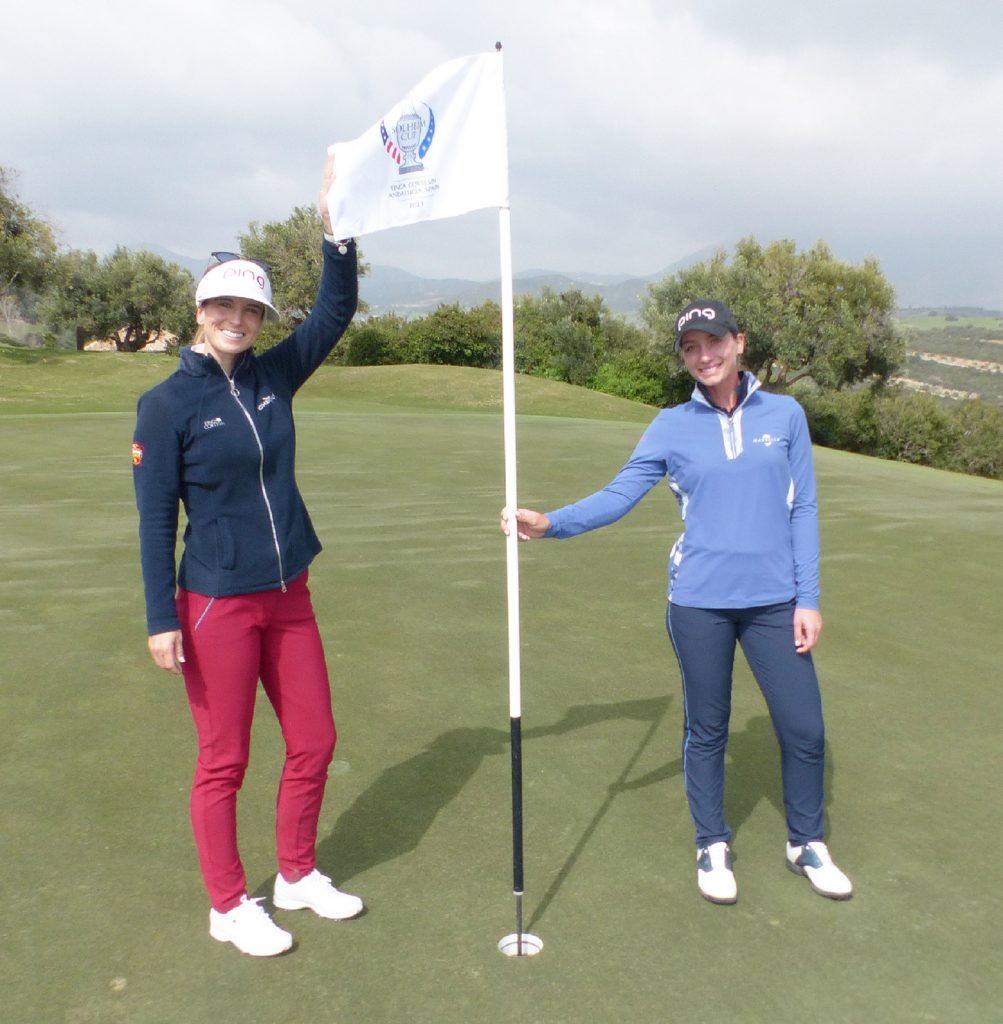 The exclusive resort in Andalusia has extended its long-term partnership with Jiménez, 27, for a sixth year while entering into a new relationship with Gómez, 24, one of the rising talents of the ladies’ game in Spain.

Finca Cortesin – which will become the first venue in Spain to host the Solheim Cup, the biggest team competition in women’s golf – is committed to growing the ladies’ game both on a national and international level.

In addition to representing the resort worldwide, Jiménez and 2019 LET Access Tour Rookie of the Year Gómez – who were both born in Marbella – will also be at the forefront of the venue’s drive to promote women’s golf across the Andalusia region, including hosting a clinic for players of all abilities at the resort on Global Women’s Golf Day 2021 at the start of June.

Jiménez said: “It’s a tremendous privilege for me to represent one of the best golf resorts in the world. Finca Cortesin shares my passion for increasing the popularity of women’s golf and raising its worldwide profile, and no one was happier than me when they were awarded the 2023 Solheim Cup.”

Gómez said: “To receive the backing of a resort as prestigious as Finca Cortesin is a great personal honour for me and will be a major help in achieving my ambition of becoming an established member on the Ladies European Tour.”

Vicente Rubio, president of Finca Cortesin Golf Club, said: “We’re delighted to be supporting two of the leading talents in Spanish women’s golf. Noemi and Laura are a key part in our plans to introduce golf to a new audience of female players, which includes supporting local tour professionals and amateur clinics as well as high-profile events of the stature of the Solheim Cup.”

Spain will become the sixth different European nation to stage the biggest team competition in women’s golf when the Solheim Cup heads to Andalusia in two years’ time, with the biennial contest between Europe and the United States set to take place from September 18-24, 2023.

Regarded as one of the best courses in Spain and among the premier resorts in Europe, Finca Cortesin has a proven track record for hosting high-profile tournaments including the Volvo World Match Play Championship in 2009, 2011 and 2012, with the star-studded line-up including Rory McIlroy, Lee Westwood, Martin Kaymer, Sergio Garcia and Luke Donald.

Located across a vast 532-acre estate in the rolling hills of southern Spain between Marbella and Sotogrande, Finca Cortesin has a well-earned reputation as one of Europe’s most exclusive modern golf and lifestyle destination resorts.

Voted as Europe’s number one resort by users of the respected website Leadingcourses.com, the resort’s 18-hole championship course was designed by Cabell Robinson and is the first venue in Spain to feature a new, eco-friendly variety of Bermuda grass on all its greens.

Complementing the par-72 layout are outstanding practice facilities including Finca Cortesin’s recently-upgraded Jack Nicklaus Golf Academy, while the resort’s other luxury amenities include an elegant 67-suite hotel; a 6,000sqm Beach Club; an award-winning spa featuring Spain’s only snow cave; and the choice of four restaurants.