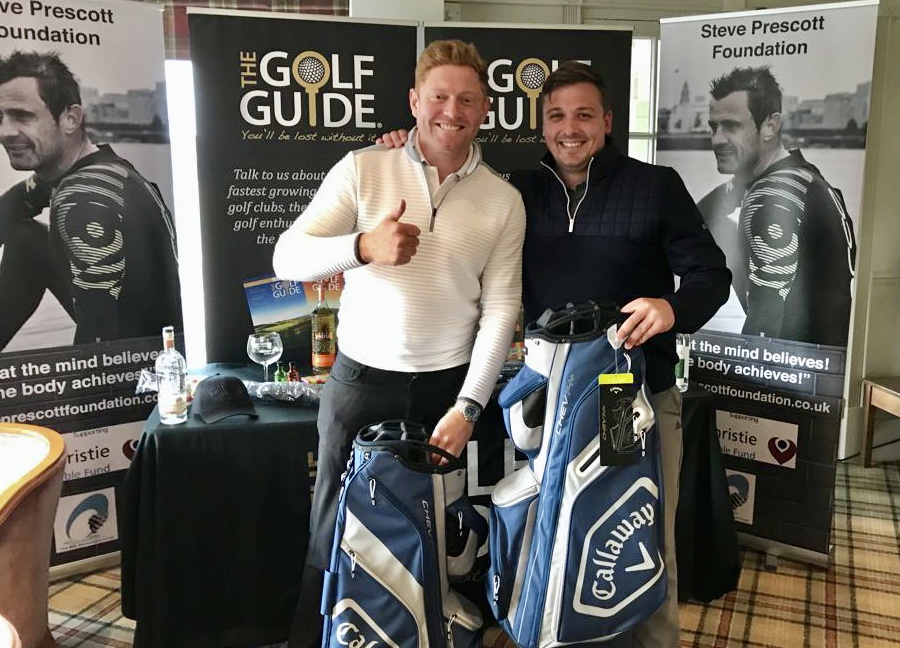 What better way to prepare for the Ryder Cup this weekend than to play at the first European course to host a Ryder Cup venue – Moortown GC certainly did not disappoint. Windy and fresh in the morning changing to breezy and sunny in the afternoon with the course in incredible condition.The scene was set for a great day’s Golf and a true test for everyone.

Early scores suggested that we were in for a low scoring day with 38 being the mark with almost half the field in the clubhouse but the easing wind made scoring a little easier for our later groups.

Our winners, Jonny Bairstow ( yes that one ) turns out he is as good with a golf club as he is with a cricket bat, ably aided by ex Rugby league Leeds Rhinos player Lee Smith scored a magnificent 41 points with a back nine of 24. A birdie on the last with 4 points being enough to pip 2nd place Scott Cursley & Richard Hand on c/b. For once not hearing the shout of “Fore” was better for Jonny !

Special mention to Peter and the team at Moortown for the welcome and hospitality, the course was brilliant and to quote several of our players the best breakfast of the year (so far).

Images will be on social media later today so your likes, shares and comments would be much appreciated – golfguidehq