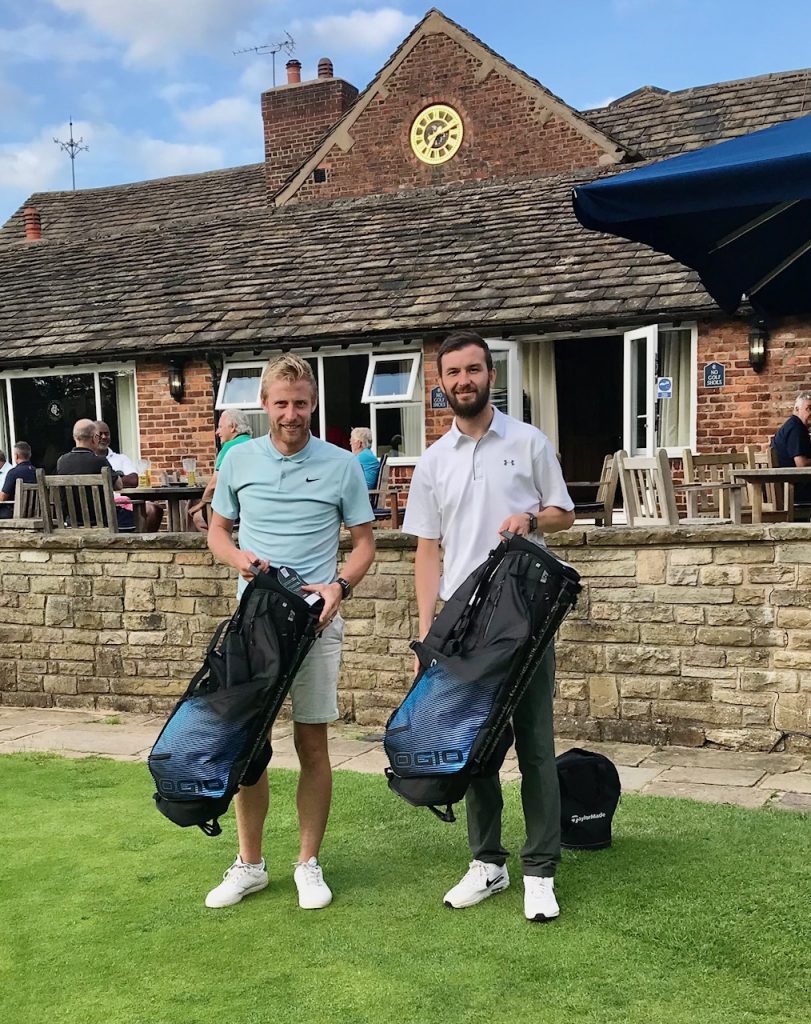 After a great result with England qualifying for the Euros final on Wednesday, it was time for the participants to try and qualify for the Spain finals giving them a chance to win the grand prize of 7 nights to Campo de Casa! A few sore heads, lost voices and the odd beer sweat were amongst the attributes of the 80 strong field! After a few days of rainfall the weather gods were on our side again providing a warm and sunny day.

I think we will all agree the course was in immaculate condition and set up fairly a test for golfers at all levels , a few tough pins and greens running perfectly. A pleasure to enjoy such a great course with great hospitality from the staff & members of the club.

Congratulations to Adam Hewitt & James Tee of Leek GC who had their day in the sunshine with a magnificent 46 points playing off 10 & 13, The course proving easier to score in the afternoon with the Top 4 places all being from the later groups.

2’s – There were 11 2’s on the day and the name pulled out of the box is Ian Mottershead
Our next event is at Pannal GC near Harrogate on Friday 16th July.