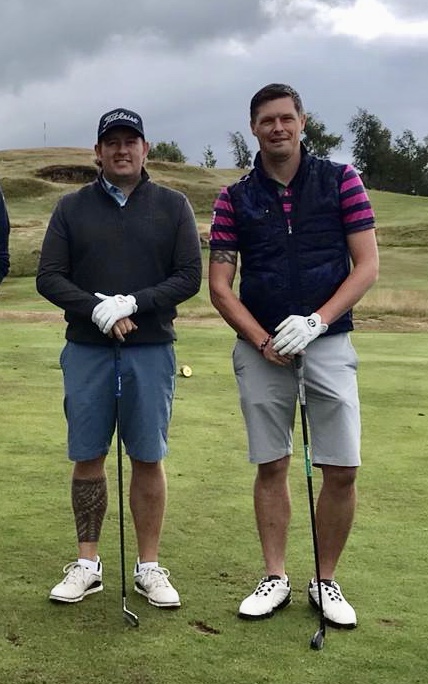 Well what a day we had at the fantastic West Lancashire Golf Club. As quoted on the day – “There is nothing not to like about this golf course”. This beast of a course proved a true test to most and definitely a true test of any marriage if playing it together!

The weather forecast all through the day was for rain rain and more rain – for once the weathermen were wrong albeit for one shower early afternoon where we went from using my umbrella to putting on sun cream in 20 minutes.

West Lancs didn’t bare all its teeth, just a mild growl as we all learned what a test links golf can be. With 20 mph winds and gusting double than that on occasions, the course gained a few more balls today leaving some to scrabble in the bottom of their bag for any ball they can find – even forced to use a srixon / pinnacle.

Few players can argue what an amazing course West Lancs is and an Open qualifying venue for a reason.

Congratulations to everyone who survived the challenge of the windy links which proved too much for most except our eventual winners Andrew & Craig Wilson who scored a fabulous 44 points on the day playing off just 5 & 3. The pair practise their skills being members of the brilliant Silloth Golf Club where it’s a tough wind is just a normal day on the course so they are well suited to these conditions.

Notable mentions for the day to Ian & Julie Daines who suggested playing West Lancs was a good test of their marriage and to James Picariello from Wychwood Park who had a hole in one on the 17th – We will all form an orderly queue at the Bar next time we see you.