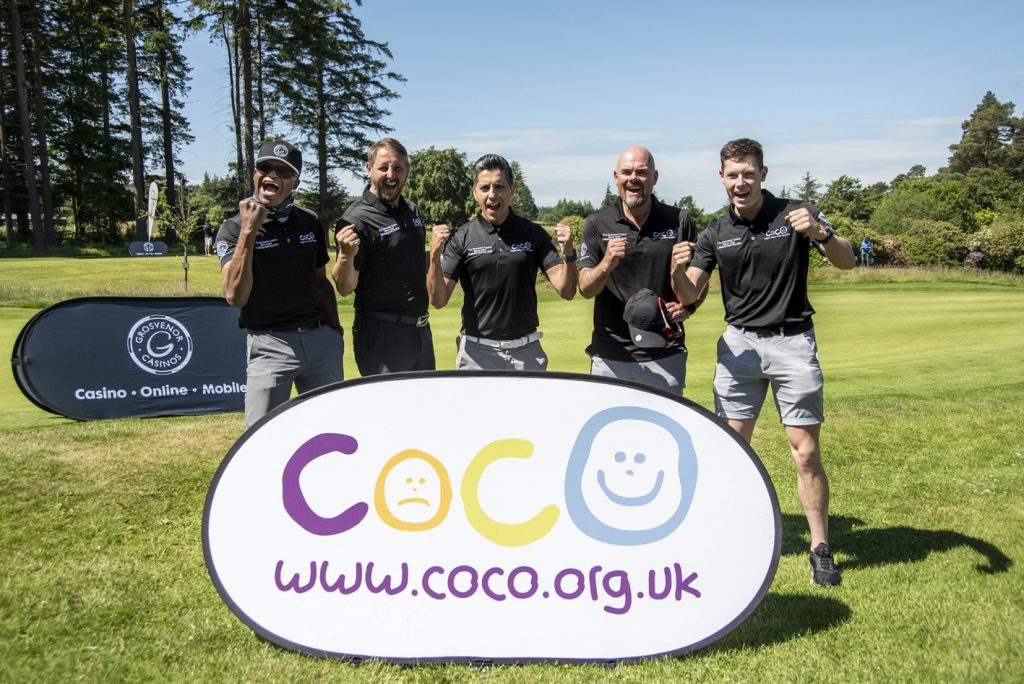 Stokes and Akabusi were part of a line-up of 25 teams at the Hexham resort and helped to make the event a huge success, with more than £21,000 raised for international children’s charity COCO (Comrades of Children Overseas).

COCO was co-founded by Steve Cram in 2000 and British Army Major Jim Panton in 2000, with the charity focusing its work on communities in remote regions of the developing world that provide children with access to the education that is essential for a good start in life.

Slaley Hall – which is part of The QHotels Group – has hosted the event for many years, with the golf day providing one of the most significant fundraising opportunities of the year for COCO and which was missed badly from the timetable last year.

Lucy Philipson, CEO of COCO, said: “COCO is very grateful to everyone at Slaley Hall who made it possible for us to bring our event back to this wonderful venue. We really missed the golf day last year and its return has brought a much needed boost to our morale, and most importantly, our coffers. Thank you to everyone who contributed and helped us raise such a great total.”

Jonny Mould, Slaley Hall’s head of golf, said: “As we always have been, we were so proud to host the Steve Cram Celebrity Golf Day again, we really understand just how important it is to raise as much money as possible for such a brilliant charity in COCO.

“We take great pride in ensuring that all of our facilities are kept up to an incredibly high standard so that we know when all the different players arrive, they can play at their absolute best and focus on what the day is about – raising money for charity!”

Managed by The QHotels Group, the UK’s largest golf resort operator, Slaley Hall is considered one of the best courses in the North of England, with its spectacular surroundings and fantastic facilities.

Set in 1,000 acres of Northumberland moorland and forest, the venue boasts a magnificent four-star hotel in an elegant Edwardian mansion, with two challenging championship courses – the Hunting and the Priestman – which have played host to no fewer than 18 European Tour and European Senior Tour events.

The 7,000-yard, par-72 Hunting, designed by Dave Thomas, has lush sweeping fairways, streams, lakes, towering trees, and banks of rhododendrons – but aesthetics aside, it will catch out the unwary. Well-placed bunkers and tricky greens make this USGA standard course a real challenge. The quality of Slaley Hall’s elder layout is illustrated by the fact the course is often dubbed ‘The Augusta of the North’.

The Priestman course was designed by Neil Coles and opened in 1999. Beautifully maintained, the course has matured magnificently. It sits on the west side of the estate, with panoramic views of the Tyne Valley and some daunting water features, and wind can be a factor on a course which hosts regularly European seniors’ events.