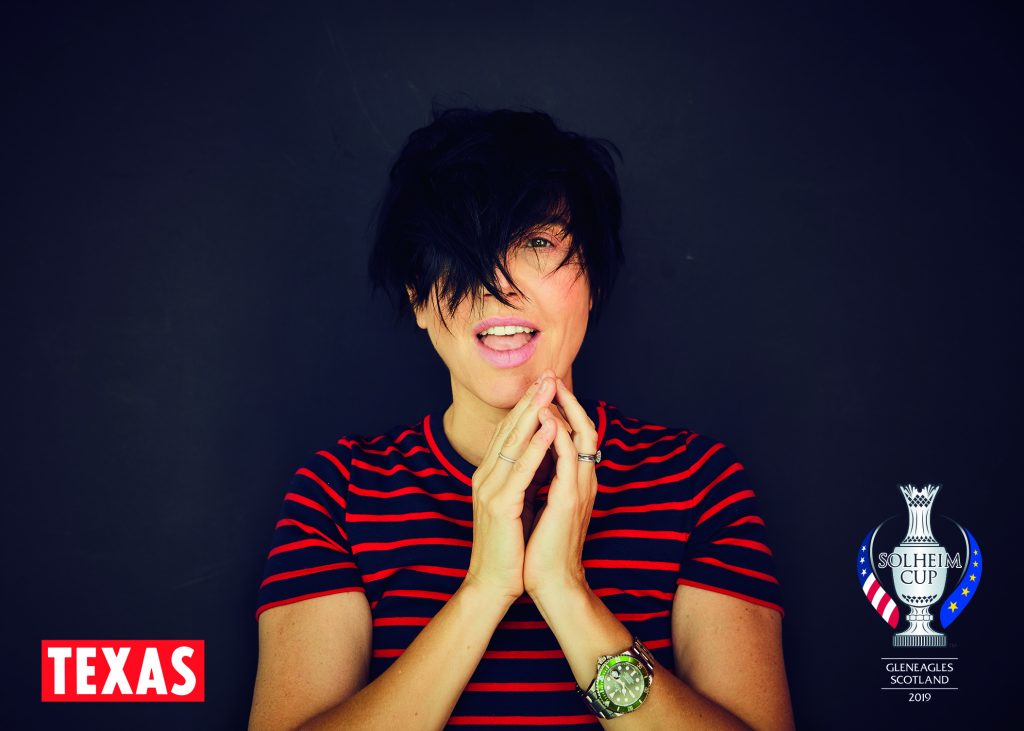 Award-winning Scottish pop rock band Texas are today announced as the headline act for the Opening Ceremony of The 2019 Solheim Cup at Gleneagles this September.

The 40 million record-selling group fronted by Sharleen Spiteri, best known for smash hits ‘Say What You Want’ and ‘Black Eyed Boy’, will kick off the event in style on Thursday 12th September, entertaining the thousands expected at the iconic Perthshire venue on the eve of the biggest event in women’s golf. Their performance will be the highlight of a bumper day of live music and family entertainment.

Texas are touring the UK and Europe this summer and they have included The Solheim Cup on their schedule as the penultimate stop of the year.

Shortly after Texas’s performance, Catriona Matthew and Juli Inkster, the respective Team Europe and Team USA Captains, will introduce their teams to the crowds and reveal the pairings for the first session the following morning. Broadcast live on Sky Sports, the Opening Ceremony will be hosted by high-profile sports presenter Di Dougherty.

Paul Bush, Director of Events for Event Scotland, said: “We are delighted to have Texas at the Opening Ceremony. They are a huge name with massive global appeal, and they are popular with a very wide range of ages which is perfect for the family-orientated nature of the Solheim Cup.

“The atmosphere will be electric and everyone is incredibly excited to see this show-stopping day unfold. It will be the perfect start to what promises to be a truly world-class event.”

Texas lead vocalist Spiteri said: “It’s great to be performing at this iconic venue in the heart of Scotland supporting sporting success.

“It’s wonderful to have such a prestigious event held at Gleneagles and we are proud to be asked to perform at the opening ceremony of the Solheim Cup. I would like to wish both teams good luck and look forward to watching the competition.”

Tickets are available to see Texas and all the other live acts for just £25 (free entry for those aged 16 and under with a paying adult). Reserved seating can be purchased for an extra £20.

The Solheim Cup will be screened to more than 600 million homes worldwide with the match-play format aiming to engage both the traditional golf audience as well as wider sports fans, raising the profile of women’s golf both in Scotland and internationally. The Scottish Government’s aspiration is that The 2019 Solheim Cup is the biggest ever European edition of the event and the most family-focused golf event in history with around 100,000 spectators expected at Gleneagles. For more information visit www.solheimcup2019.com