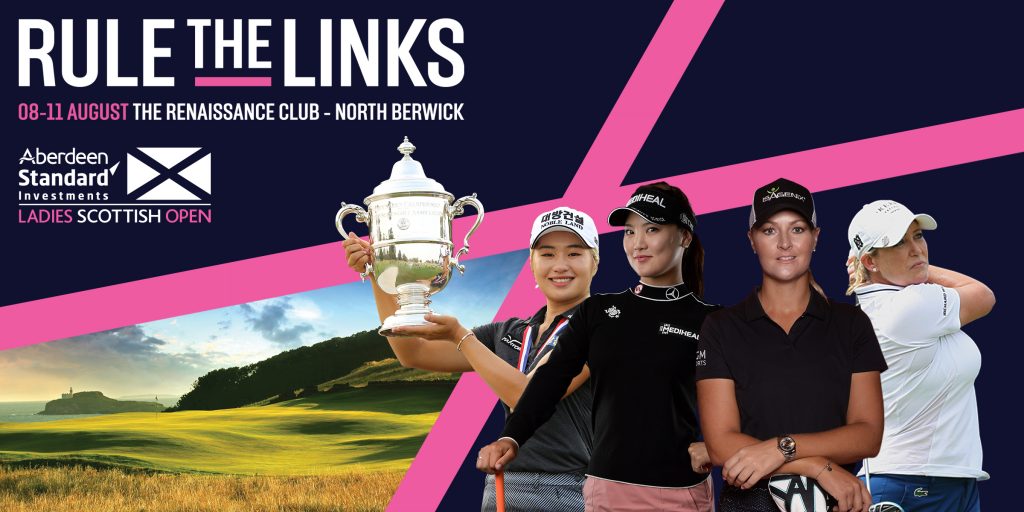 Jeongeun, who first hit the headlines for having the exact same name as five other Korean professional golfers, has since made the news for more than her interesting numerical name. An LPGA rookie this year but a seven-time worldwide winner, Jeongeun, who is otherwise known as ‘6’ based on the fact that she is the sixth player with the same name to enter the Korean LPGA, is up to a career-high fifth on the Rolex Rankings after her recent breakthrough major victory.

Ryu and Kerr are no strangers to visiting Scotland, both playing the last two editions since the event gained co-sanctioning rights between the LPGA and Ladies European Tour. Their best finishes both came in 2017 with Ryu finishing T11 and Kerr T4, having lead after the first day with a 66 (-6).

Nordqvist by contrast will make only her second appearance but, as the final Solheim Cup qualifying event for Team Europe with the full team announced by captain Catriona Matthew at Gleneagles on Monday 12th August, she will head to The Renaissance Club with added motivation as the five-time player currently sits just inside the automatic qualification spots.

Speaking about her debut, 23 year-old Jeongeun said, “Scotland is the ‘Home of Golf’ and I can’t wait to visit there for the first time in my career. I’ve heard a lot about the style of Scottish links golf and the type of player you need to be to succeed there. I’m certainly excited to try a few different shots out and play a new event on my schedule.”

Nordqvist added, “I can’t wait to return to Scotland for the Aberdeen Standard Investments Ladies Scottish Open. It is really cool for us to play at the same venue as the men and also interesting for the fans to see that we can do everything that they can. I have my eyes set on qualifying for the Solheim Cup and hopefully a good performance there can help secure my place.”