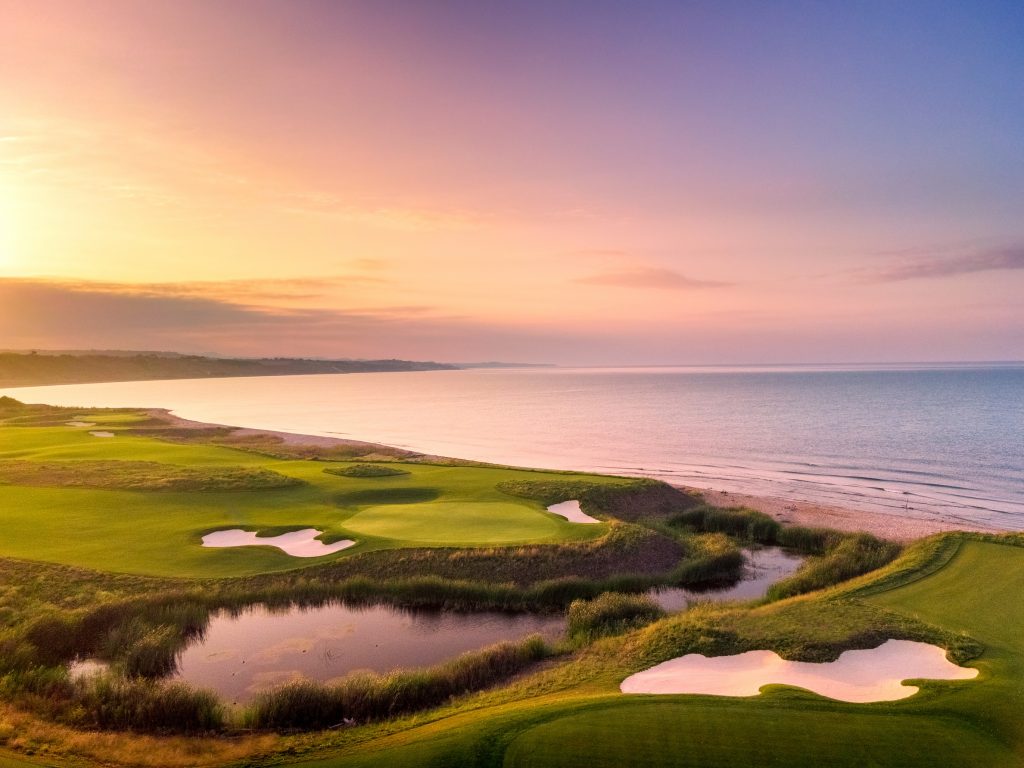 One of Europe’s top golfing destinations, Verdura Resort in Sicily, has returned to 45 holes with the reopening of the spectacular new-look East Course following a major redesign.

Globally acclaimed golf architect Kyle Phillips returned to the site of his original creation to upgrade the 18-hole championship layout and has spent the last three years reworking his magic at Verdura Resort, a Rocco Forte Hotel. The much-anticipated revamped course was unveiled to the golfing world earlier this month.

The extensive renovation has seen a number of new features added and modifications made to the routing of the East Course and the neighbouring West Course. The reordering of hole numbers has allowed for the restoration of former favourite holes and brings exciting new additions, while the planting of fescue grasses throughout the course gives the layout added definition.

Phillips said: “We have certainly made the most of the terrain available to us. The drama of the coastline has been improved and we’re proud of what has been achieved. It is new and fresh, the result is great and I think it will be really well received. It has definitely reached the level we were striving for.

“One of the big differences is with the routing. With the previous layout, you would cross the other course and they would weave through each other a little at times. Now they are more clearly defined.

“The course now starts near the practice range on an existing hole, has 14 new holes in between and then finishes on three existing holes back to the clubhouse. This will make the East Course a par-73 course and the West a par-70.

“They will both be good challenges. Naturally, with any new course, it takes time to take shape and we’re expecting it to continually improve throughout the winter months so that golfers will enjoy even better playing conditions in 2022.”

The reopening of the new East Course adds to the extensive selection of exceptional facilities available at Verdura Resort. Home of the European Tour’s Rocco Forte Sicilian Open, Verdura is nestled in 230 hectares of stunning Mediterranean landscape on Sicily’s southern coast. The courses and facilities combined have established Verdura as one of the world’s elite golf and lifestyle destinations.

A member of the exclusive European Tour Destinations network, the resort is famous for offering guests an unforgettable five-star golf experience in one of the most beautiful settings in world. Verdura Resort was recently named as a recipient of Golf Digest magazine’s coveted ‘2021 Editors’ Choice Award for the Best Resorts in Continental Europe’ for the sixth successive year.