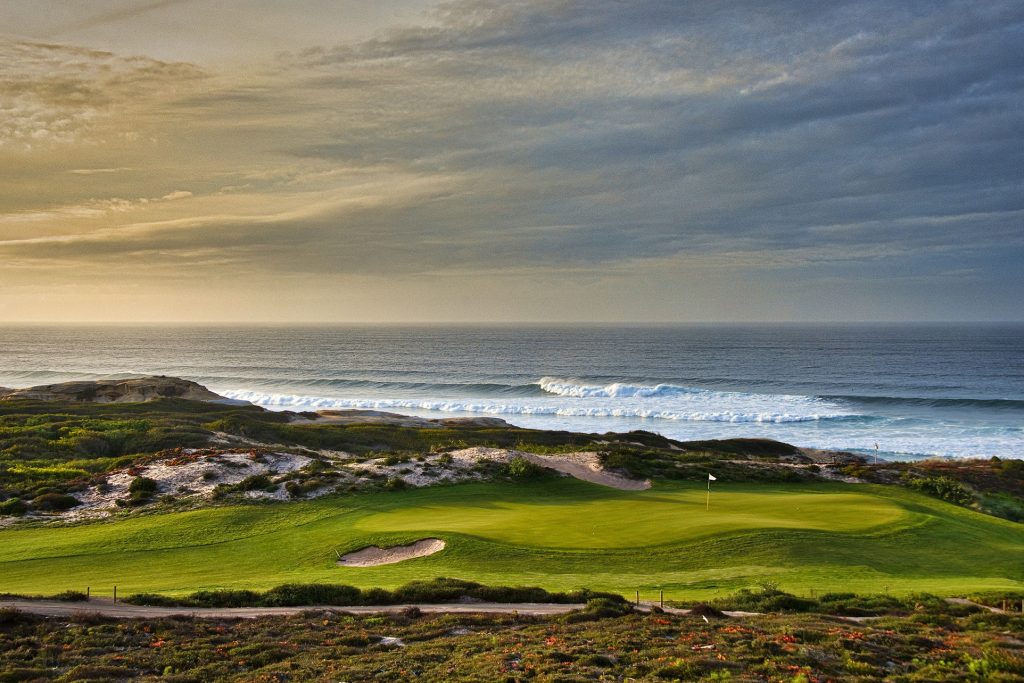 Just two years after the first tee shot was struck down its spectacular terrain, the West Cliffs Golf Links has leaped into Golf World’s new top 20 of European golf venues.

When the magazine released its ‘Top 100 Courses in Continental Europe 2017/18’, West Cliffs was the highest new entry – in this year’s edition it has risen a further eight places to a hugely impressive 17th, which also elevates it into Portugal’s top three.

The magazine described West Cliffs as “amazing” while noting that Portugal possessed “the most eye-catching and spectacular golf courses in (the) list”.

It is a further boost to the growing reputation of one of the leading lights of world golf, following on from its recognition, earlier this year, in Golf Inc. magazine’s prestigious ‘2019 Golf Development of the Year’ awards.

Francisco Cadete, director of golf at Praia D’El Rey Marriott Golf & Beach Resort and West Cliffs Golf Links, said: “The release of these rankings is always hotly anticipated by resorts like ours and to learn that West Cliffs has moved into Europe’s top 20 has given the hard-working team here a real boost. It’s a further step to achieve our ambition for it to be regarded as the number one in Portugal.

“West Cliffs was also judged to have the fourth best setting in Europe – and the best In Portugal – a decision which, I imagine, won’t surprise anybody who has played in this beautiful location. To have both of our courses in the top 50 is an excellent achievement and we look forward to building on this success in the future.”

The first Dye golf course in Portugal – and only the fourth in Europe – the 6,382m, par-72 layout was created across 200 hectares of natural landscape, rolling sand dunes and coastal vegetation, and offers sweeping views of the Atlantic Ocean from each hole.

Complementing it is Praia D’El Rey’s 18-hole championship course, which was designed by Cabell Robinson and is set amidst a combination of extensive pine forests and undulating dunes, and features spectacular views over the Atlantic and the Berlengas Islands beyond.

As well as golf, Praia D’El Rey boasts an extensive array of world-class sports, leisure and accommodation facilities including a Marriott hotel, a wide selection of villas, a tennis academy, a luxury spa and health club and numerous watersports and restaurants.

Guests have a choice of five restaurants from which to choose, all serving the fresh and authentic produce for which Portugal is famous, while the comprehensive range of therapies and treatments on offer at the Kalyan Spa promise to restore energy and balance to the body after a day on the fairways.