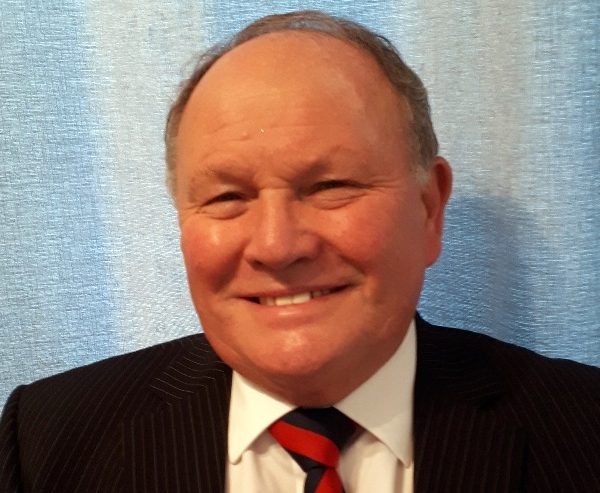 Harry Tunnicliffe of the West Lancashire Golf Club, will be the 2021 President of the Lancashire Union of Golf Clubs.
Following a truncated 2020 golf year due to the Coronavirus pandemic the Lancashire Union of Golf Clubs re-elected Harry Tunnicliffe for a second term as its President for 2021 at the Union’s AGM. Harry will be the first President to serve a second term since the 1950’s.
Harry Tunnicliffe has been the Chairman of the Southport and District Golf Association since 2003 and will celebrate 50 years as a member of the West Lancashire Golf Club in 2020, having been Captain of the club in 2000.
Harry was born in Southport in 1946, moving to Blundellsands / Crosby in 1970 and more recently locating to Formby. He attended King George V Grammar School in Southport and represented the school at Cricket and Rugby. He married Liz in 1970 and has 3 children – Chris, Helen and Caroline and 3 grandchildren (One of whom now 8 has already had a hole in one playing a competition at the Formby Hall par 3 course – he was 6 at the time).
On leaving school Harry joined Mersey Docks & Harbour Company. He moved into the Computer Department in 1969 and remained in the IT industry for over 40 years. He is a Bachelor of Engineering (B.Eng.), Member of the British Computer Society (MBCS), and a Member of the Chartered Institute of Transport (MCIT). He continued his IT career with a number of local companies before setting up his own consultancy business in 1979. He ran a successful IT services company for nearly 20 years until in 1996 he was asked to run the European subsidiary of a US organisation, where he stayed for 5 years, spending time in the US and travelling extensively in Europe. Harry has lectured all over the world on a number of IT related subjects and has had a number of papers published in business journals.
Prior to taking up golf, and for some time afterwards, Harry was a keen footballer. He represented Southport Schoolboys in goal and went on to join Southport FC as an amateur. He made many appearances for the reserve team and one appearance at senior level (where he conceded 5 goals), the first being the fastest goal in the league that season. He played in goal for the Mersey Docks & Harbour Team for many years before suffering a knee injury and taking up golf more seriously.
He joined the West Lancashire Golf Club in 1970. His lowest handicap has been 3 which has slowly moved up to 10, as age and health have caught up with him. He was a regular member of the WLGC scratch team for many years and team Captain for 4 years. During this time the team won The Beacon Championship (twice), the Selwyn Lloyd Rosebowl (for the first time) and the Southport & District league title.
He joined the executive of the Southport and District Golf Association where he set up and ran the Junior Section League for 9 years and since 2003 has been Chairman of the Association. The Association is proud to have produced several tour players including Lee Slattery, Matthew Baldwin and of course Tommy Fleetwood.
As well as golf, Harry is a keen gardener, spending many happy hours in his greenhouse ‘getting away from it all’.