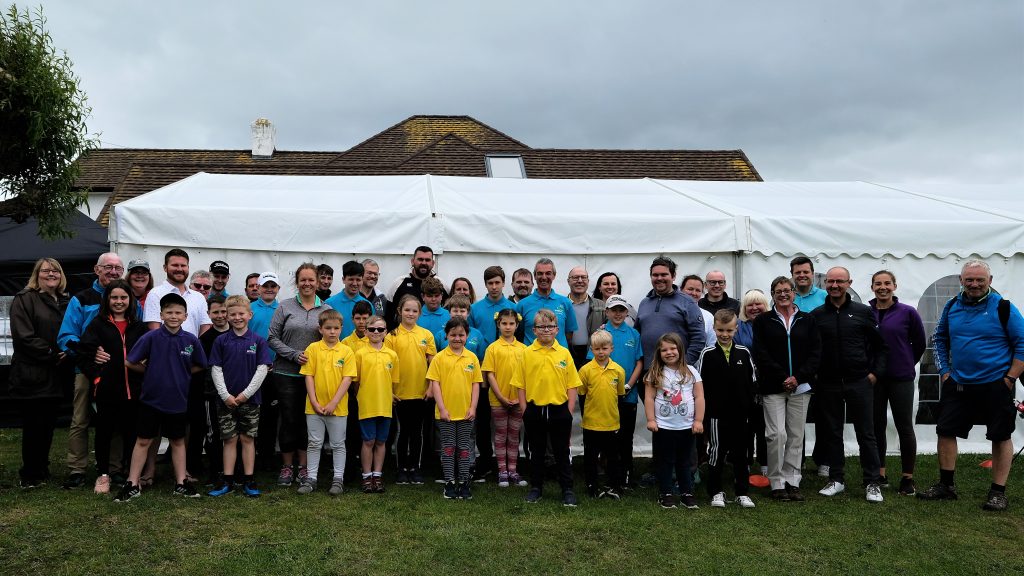 The Wirral’s newest golf club, The Wirral Golf Academy, which was formed with the sole purpose of encouraging more young people to get into the game has held a post launch celebration event at Hoylake Municipal Golf Course.

The club which was the brainwave of Wirral resident Angela Dale was launched in April after months of hard work by Angela paid off and the Wirral Golf Academy achieved affiliation to England Golf, was one of the first clubs on the Wirral to achieve SafeGolf accreditation and applied for and received a Sport England Small Grant of £9,000 to purchase equipment to use at coaching sessions and includes 20 sets of golf clubs which juniors can hire to get started if they don’t have clubs of their own.

The celebration event which took place on 31st May was attended by over 60 people, academy members, their siblings, parents and grandparents and everyone had the chance to take part in 5 different games designed to test their golfing skills in a variety of ways. In Bullseye points were earned by chipping the ball into different target areas while the 5-hole putt gave players the opportunity to demonstrate the accuracy of their putting.

After the games were over everyone was treated to a delicious barbeque which was followed by the prize giving, with competitors in different age groups winning golf balls and player of the day 6-year-old Antonia Lundon winning a cut glass trophy and the title of Celebration Champion.

The event was a huge success with all the children clearly having fun and enjoying being out of doors and their parents commenting on how nice it was to see young people outside exercising and enjoying each other’s company in a competitive but friendly environment.

The Wirral Golf Academy has been so successful since its launch that it met its year one participation target in the first month and now has over 30 young people receiving coaching from PGA Professional Simon Hooton and 1836 Tour Professional George Nicholson across 4 different levels – Seedlings for the very young golfers, followed by Grass Roots, Boot Camp and then Academy for the more experienced players. Another measure of the success of the Academy is that 30% of it’s members are girls which is double the national average for girls in golf clubs.

The Wirral Golf Academy is a not for profit organisation which aims to promote junior golf to people from all backgrounds across the Wirral. In order to keep the cost as low as possible for our young people we have a range of sponsorship options available for companies or individuals who share our ethos. If you would like more information please contact Angela Dale at angela@thewirralgolfacademy.co.uk