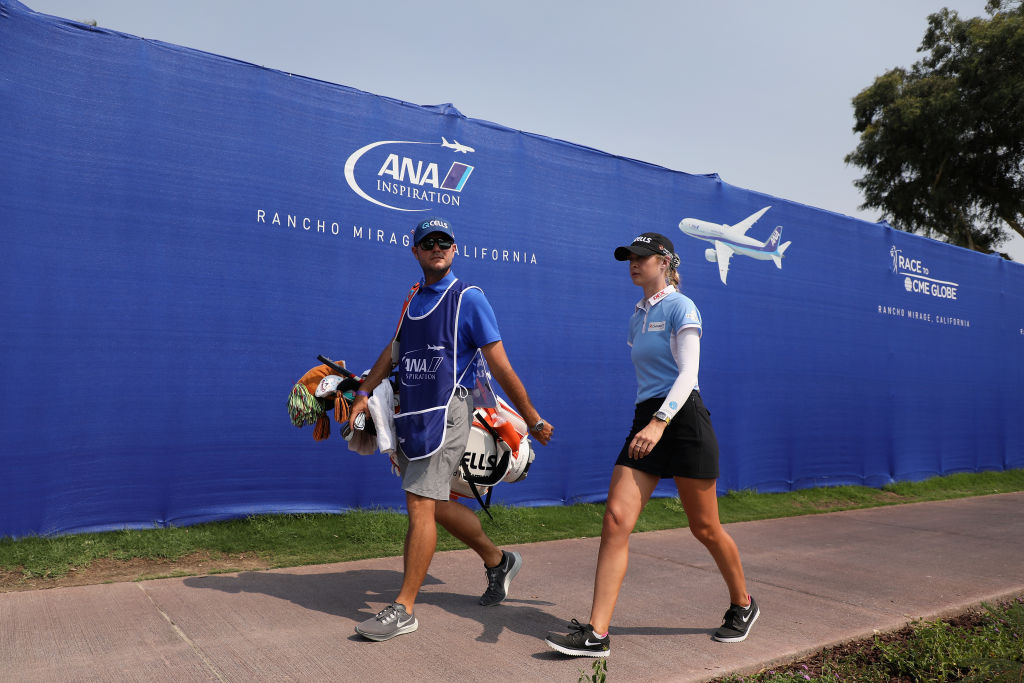 All of the top 15 players on the Rolex Women’s World Golf Rankings will play in the 2021 ANA Inspiration for the 50th edition, taking place April 1 – 4 at Mission Hills Country Club, Rancho Mirage, California.

The world’s best players will return to Rancho Mirage for the first Major of the year with defending Champion Mirim Lee and World No.1 and 2019 Champion Jin Young Ko both returning for the first time since their respective victories.

World No.2 Sei Young Kim will be looking to add a second Major to her tally having won the 2020 KPMG Women’s PGA Championship alongside her 12 LPGA Tour victories, while World No.3 Nelly Korda and World No.6 Brooke Henderson, who agonizingly lost out to Lee in a three way play off at the first hole last year, will both be looking to finish one place higher and claim their first ANA Inspiration title.

Korda, at 22 already has four LPGA wins, including the 2021 Gainbridge LPGA, and is excited to return to the Dinah Shore Tournament Course and have another chance at winning one of her favorite events of the year.

The US Solheim Cup star, Korda explained of her runners up 2020 experience, “It was really disappointing to come so close and not manage to win but as time has passed and I can look back on it more objectively, I think I learnt a huge amount from the experience and it can only help me in the many years I have ahead of me on Tour. The positives I reflect on are that it was my highest Major finish to date – so I am getting closer – and it’s pretty great not to have to wait a whole year to get back out there and give it another shot! Also, I know the course suits me which will really give me confidence as soon as I get back on site and I love everything about Rancho Mirage. I am just really thankful that ANA and the LPGA have managed to get the tournament back in its usual slot in the schedule during these tough times and we will be able to celebrate the tournament’s 50th edition.”

World No.4, seven time Major winner and 2013 Champion, Inbee Park will be seeking a fast start in a year that will see her defend her coveted Olympic gold medal while World No.5 American star Danielle Kang, a two-time winner on the LPGA in 2020 and one of the most consistent players on the LPGA, is another player likely to feature on Sunday afternoon of this special 50th Anniversary edition.

Nasa Hataoka is the highest ranked Japanese player in the field at No.7, while World No.15 ‘Smiling Cinderella,’ Hinako Shibuno, winner of the 2019 AIG Women’s Open, is the second highest since bursting onto the international scene with her win at Woburn, England almost two years ago.

Tournament favorite Lexi Thompson, the 2014 Champion, is seemingly never far from the top of the leaderboard at one of her self-declared favorite events of the year and with a second place finish at the 2021 Gainbridge LPGA last month, she will be hoping to get back to her winning ways after her 2020 season was her first winless year since 2012.

With the tournament returning to its usual position on the calendar as the first Major of the year, the 50th Anniversary is being celebrated with a look back at the past champions and especially the foundations built by Dinah Shore, whose statue takes pride of place by the 18th green. Please view the special 50th Anniversary short film here.

As with last year’s tournament, this special 50th Anniversary edition will be going ahead without spectators due to Covid-19 related restrictions following close collaboration with partners ANA, the LPGA, the City of Rancho Mirage, Mission Hills Country Club and in consultation with the Riverside County Health Department, following the State of California Public Health Department guidelines.

Fans will be able to watch the ANA Inspiration around the world, including on Golf Channel and Sky Sports, and follow along for enhanced content on social @ANAinspiration and the tournament website ANAinspiration.com.